The pivotal moments in this lifestyle are dead serious. To truly commit to living this way both partners have to put all selfishness aside and get serious. But there are also lighter moments sprinkled in, and these moments are just as important in acclimating to this crazy dynamic. It occurred to me that all of my blog-worthy moments thus far have been serious, so I figured it was time to blog about a lighter one…

My husband has a crazy job. It’s physically and emotionally draining on a good day, and last Saturday was not a good day. He came home, we ate dinner, and eventually found ourselves laying on the bed talking. I could see that he was tired, and I knew he just wanted to wind down and go to sleep, but I had been home all day and I wasn’t tired; actually, the prospect of settling into bed seemed unbearably boring. I wasn’t ready to wind down!

So in order to get more out of the evening, I started acting playfully. He reciprocated a little at first, but the poor man was so tired! I relentlessly continued, and finally it was clear that he was definitely irritated. And it was then that I found myself in a very familiar place: so often Bruce makes it clear that I am on thin ice, and nearly every time I have this frozen moment where I am tempted to surge ahead anyway… I am proud to say that I usually resist this urge, but on this particular evening I decided to see how much the ice would hold before breaking. I made a *truly funny* joke at his expense, and he made no response. At least no verbal response; his expression plainly asked: “you’re really doing this right now?” If I’m honest with myself I did know at that point that it was time to reign it in. But mindlessly I followed the temptation to push; I smirked and said something to the effect of my being funny even if he was too grouchy to admit it. 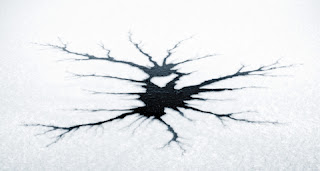 Obviously, this was stupid. I knew it was stupid before it even came out of my mouth! In one move he leaned forward and wrapped his left arm around my waist, lifting my hips into the air. I wiggled as he started spanking me with his free hand. At first I was halfway giggling, but in the past few months he has found a way to spank really hard with just his hand; after a while it really started to hurt. Eventually I actually pleaded with him to stop, but instead of stopping he pulled my underwear down and continued. Completely sobered by discomfort, I finally kept my mouth shut and just took it. When he was finished he pulled me up and asked me how funny that was. I felt silly looking at him… “It wasn’t. I’m sorry.” He put his arms around me and told me how I need to respect his need for quiet relaxation when he's had a rough day. And having finally tested the ice, I felt confident that I could resist the urge in the future.

And then I heard him snicker slightly. I pulled back to see him grinning and shaking his head, and I giggled in response. We hugged again, still laughing, and then he kissed me on the head. After a moment he said: "Okay, yeah... it was a little funny." And on that note we flipped off the lights, snuggled into bed, and drifted off to sleep. 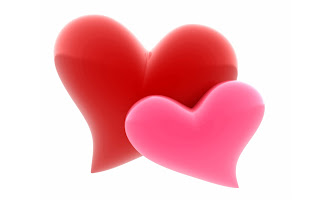