Lately I feel like I have been writing a How-To manual on how NOT to practice DD. It is worth noting, however, that even in the midst of all of our blunders our relationship is in better harmony than it ever was pre-DD. Still, when everything actually does work as it should… wow, does it blow your mind!

Not unlike most other women, I’ve found that my desire to be intimate has increased, or more accurately skyrocketed, since introducing this dynamic into our marriage. And we had a pretty healthy sex-life to begin with! Admittedly there is a certain appeal to being physically dominated, but the biggest appeal comes from watching my soul mate become more confident and authoritative in everyday life… it makes the man incredibly sexy. Anyway, since I am desiring intimacy so frequently I have decided to back off and let Bruce initiate more often, simply to remind myself that the desire is not one-sided.

Last night as we neared the end of the show we were watching I found myself yet again wishing for intimacy. The show ended, and Bruce looked at me and asked what I wanted to do. I lied and said I didn’t care, and that I wanted to do whatever he wanted to do. After hesitating a moment, he decided we would finish a documentary we had started earlier in the week. I felt so hurt. How did he not want the same thing I wanted right now? I stared frozenly toward the screen, trying to hide the tears welling up in my eyes. At one point he asked me if I was ok; without turning to him I said of course, hoping he wouldn’t look too closely at my face (he can always tell when I am tearful). To my surprise he looked away and we continued the documentary.

After it was over I quietly got up and started getting ready for bed, but when I came back into the bedroom I froze: there he sat with that stupid paddle in his hand. I said nothing, and he politely asked me to get undressed. As I did so he told me how inappropriate it was to lie about how I was feeling, and then have the nerve to become passive aggressive when he decided to take me at my word. Ok, he was right; I knew that was fair. As he pulled me across his lap and gave me a warm up, he continued; “it is ridiculous to get upset because I didn’t feel exactly the way you did at the exact same moment.” Again, he was right. I felt him move for the paddle and I tucked my arms under my chest and held my breath… there is no such thing as a moderate paddling in our house; he has stated more than once that if an offense is significant enough to warrant the paddle, it is significant enough that it needs to be a hard spanking. I have begged him to ease me into the intensity of it all, if nothing else so that I can better brace myself to hold still, and this time he did exactly that… "We’re different people and we’re not going to feel identically all of the time. This isn’t a big deal- you’ve got to learn to get over it.” As the strikes increased in intensity I fought hard to hold still; I knew he was being fair and I wanted to physically show my submission through my stillness. Although I eventually couldn’t help but squirm a little, in the end I was more still than ever before. It was a harsh spanking, but I swear it hurts even more when he is clear on how and why I’ve disappointed him.

After it was over I was considerably uncomfortable, but nonetheless relieved to find that he did want to be intimate after all. The lovemaking was incredible, and even though it intensified the pain I didn’t care; I felt so loved and cared for. I had let my emotions dictate my behavior, and he hated that. But instead of abandoning me in frustration, he addressed the issue... he was upset with me, but he cherished me even more. And so I didn’t stubbornly wallow in my emotional rut, but recognized and owned my mistake. He held me as we drifted off to sleep, and I felt such an incredible comfort in his strong arms. This is what it feels like when he is effectively leading and I am effectively submitting, and what a feeling it is! We’re not perfect, and one or both of us will be flawed or even ineffective at our roles again. But even if it doesn't happen every time, experiencing the fulfillment of following through exactly as intended is indescribably reassuring. Again, domestic discipline is merely a man-made (and likely flawed) model for the roles that God created for man and wife. Still, I am thankful for anything that brings us one step closer to that perfect design. Submission… leadership… blissful harmony. 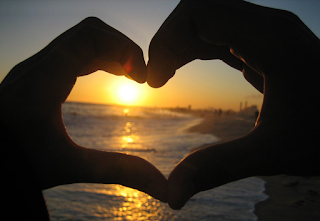