Sometimes domestic discipline is a mess; not only does it take a lot of work, but when you're not in synch with your partner it can leave you will more questions than answers. But then sometimes it all just falls into place, and before you realize it you're left with a peace and clarity that is really indescribable. I'd like to share about one of those times.

I was horribly stressed with work. The kind of stress where you don't even care anymore, you just want to move far away from the whole thing. So we were getting ready for bed, and Bruce got under the covers and started messing with his iPad. I knew it was the stress talking, but I felt neglected and even snubbed by his quiet focus on whatever he was looking at. I sulkily dropped into bed and turned away from him, which I never do. He grabbed my hips and pulled me a good foot or so toward him Stifling a sigh he said "Alright. what is your problem?" First I thought for a moment about feeling neglected, then my thoughts shifted to work; the impossible tasks ahead of me, the unwillingness of those around me to help or even work with me, the long hours... I sort of muttered "I don't know," and suddenly I was blinking tears out of my eyes. I briefly elaborated on how stressed I was at work, and how I even unfairly felt neglected by his focus on the iPad. He reassured me by saying that everything would be okay, that eventually I would be able to find another job, and that he of course would rather pay attention to me than his iPad... finally he said "You know you will get through this right? You know I'm here for you." I did know, but it somehow didn't make me feel any less hopeless. He reiterated that this was the only thing that mattered, and I just stared at the comforter. He made me repeat that I knew it would be okay, and that he would help me through it, and at that point he decided that I was not getting it.

He got out of bed and I instantly tensed up. Sure enough, I heard the big lexan paddle slide out from behind the dresser. He quietly ordered me to roll over, and pushed a pillow under my hips. He slid my pants and underwear off, and slowly pressed the cold paddle onto my bare skin. He began describing the ways in which I was lacking perspective. Finally he lifted the paddle up off of my skin and I held my breath. The first two strikes were bearable, but by the third and fourth I couldn't help but cry out. After ten breathtaking strikes he again laid the paddle across my bare skin; this time it just made my backside feel hotter and more uncomfortable than it already was. He said I need to focus on the fact that we are in this together, and he picked up the paddle again. ...I need to think about what really matters... I need to remember that God is in control... things always work themselves out in the end... I had no right to have an attitude, no matter how stressed... Finally in desperation I cried "Please, no more!" He paused and leaned toward me: "...You don't think you deserve any more? Am I wrong about your lack of perspective?" I quickly acknowledged that I did deserve it, but that it just really hurt. By now I was willing to do anything to make it stop. He said something along the lines of doing whatever it takes to drive the point home, and continued spanking me as hard as ever. Although it hurt so badly I slowly found myself giving in. Finally I accepted that this was out of my control. Finally his words about perspective started sinking in. I began to cry a deep, cleansing cry, and after a while longer it was finally over. He wrapped his strong, safe arms around me as I cried. Eventually he initiated intimacy in that exact position, and it was incredible.

Afterward I settled into the crook of his arm, and he wrapped his arm around mine. I felt as if a mental and emotional fog had lifted, and I could finally see so clearly. Everything will turn out alright in the end... we have a love that sustains and endures beyond any trial that either of us can ever face... Overcome with clarity and peace, I found myself in tears again. I nestled into his arm even deeper and whispered "You fix everything. You clear away the clutter and bring it all back out into the light. Thank you." He pulled me tighter and kissed the top of my head. Being spanked well past my comfort zone forced me to fully submit on a physical level, which enabled me to truly submit mentally and emotionally. This total submission led me to process his authority and love, and the perfection of our marital roles; all other matters paled in comparison to this beautiful brilliance. Don't misunderstand me, we get it wrong a lot. But I hold these moments of clear, comforting simplicity so close to me, particularly when life is determined to be the opposite. 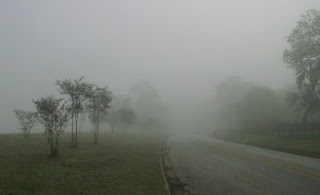